(Despite the fact that all of the books say that “Da da” is the easier word to pronounce.  Just sayin’.)

But Pax is now 14 months old.  And should be saying, according to our one-year checkup, roughly 6 words.  But Pax has exactly one:  MA.  Or maybe two, if you can consider the differing pronunciation of “mahm” vs “ma”.

Yeah, the doctor didn’t buy it either.

But little P is just fine.  The kid communicates his needs quite clearly.  He just doesn’t feel the need to talk.  Although he does make some random sounds “boo boo goo goo oo oo” etc….he seems more focused on hearing his voice rather than trying to say an actual word. (NOTE: He will occasionally say “Nana”…but I don’t like to remind Mike of that.)

But still.  “Da da” would be nice.  Especially since he loves Mike.

R was such a mama’s boy for so long that I forget how much Mike missed.  For example, Mike didn’t put Raines down to sleep until the kid was almost 18 months.  (Not because Mike wasn’t willing…R just wanted his mum at night, and I was only too happy to oblige.)  But Pax?  He’s crazy about Mike.  When Mike gets home from work, Pax would crawl (and now fat-boy run) to Mike as fast as his chubbies will carry him.   And if Mike doesn’t immediately pick him up?  Total.  Meltdown.  Mike kinda loves this.  And who could blame him?  It’s adorable.

So one would think Pax would make an attempt at saying “Dad”.   He knows Mike is Dad, and will point to him when asked “Where’s Dad???”  So…you know.  He *should* say it, right?

I was trying to get P down for a nap, and he was going through one of his many stages of Going Down To Sleep (more on that later)…and was in his “Make Cute Noises” phase.  I’m well-versed in Pax, however, so was purposely ignoring the torrent of cute.  Then he busted out, “Da da!”

“Dadadadadada!” he replies with a large grin.

So no “Da da” for Mike.  None the rest of the day, nothing that night.  But it’s just coincidence, right?  A funny story? I mean, a 14-month-old can’t really get that it’s actually a thing…right?

Uh-oh.  This kid might be smarter than he lets on. 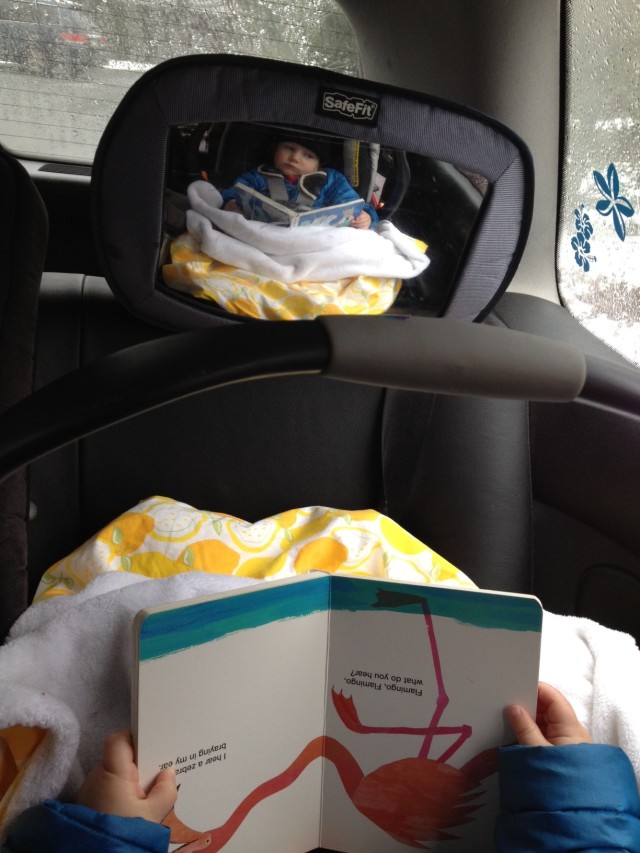 Although, on further inspection, the book is upside-down. 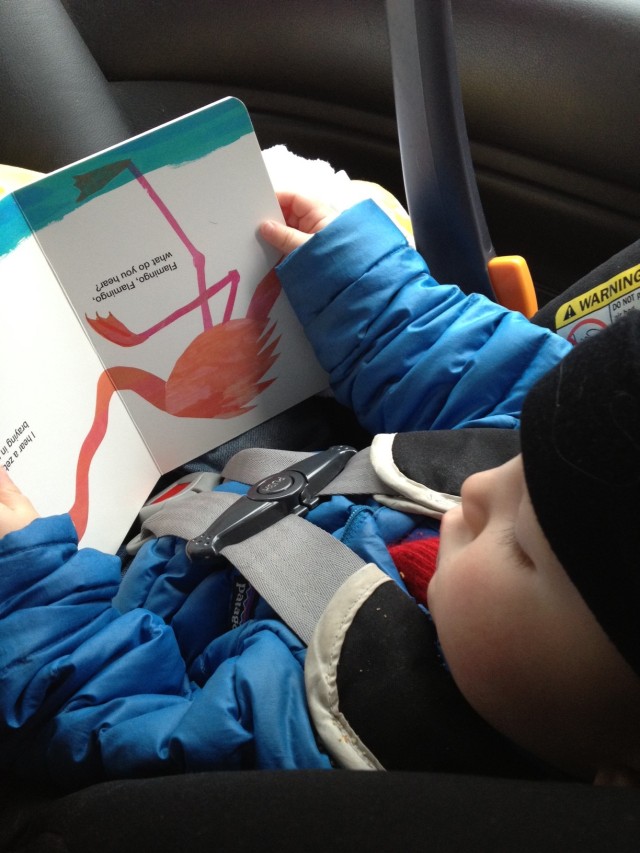 He is a tricky one, that Pax.

This entry was posted in Pax - 1 Year, Talking. Bookmark the permalink.