We had such a nice Christmas.  Mike’s mom came out for a few days and we had so much fun.  My big Christmas coup, however, were the Santa gifts.  I was totally inspired by the kid’s instrument article Anya did for us over on Ain’t No Mom Jeans, so here’s what Santa left for the boys:

The house was literally filled with music. 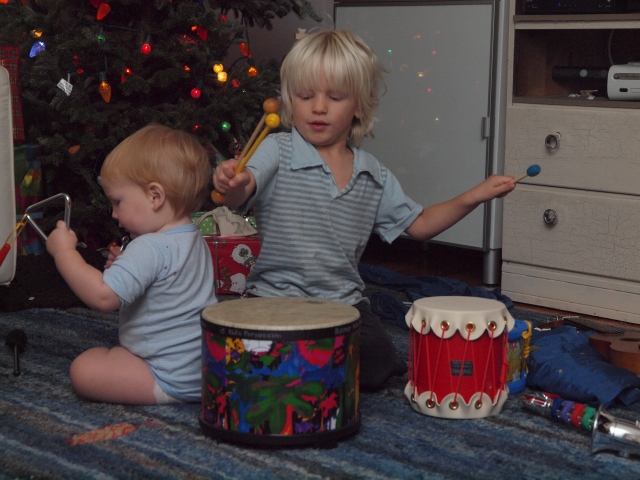 And has been, every day since.  The boys do jam sessions several times a day.  I need to get a pic of R rocking out on the guitar.  It’s awesome.  For now, this will have to do: 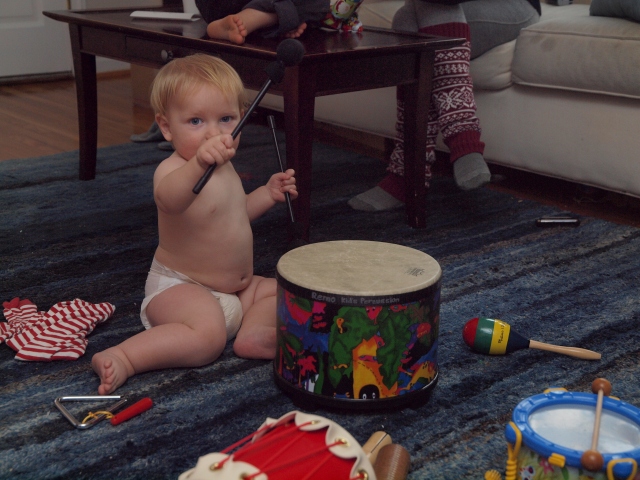 Look at him in all of his pudgy glory!  P is obsessed with both the drums and the wind instruments – sax, trumpet, kazoo (which he can actually do) and the slide whistle.  He toddles around, toting the huge trumpet (or whatever) and tries to find someone to play it for him.  Then claps (or spins) once you do.  Mind-blowing cuteness, that one.

But the real surprise?  New Year’s Eve.  It turns out that Philly does a mean NYE for families.

We stayed downtown at the Sheraton for the night.  We walked around and found an old ice-cream shop (The Franklin Fountain) that had a line out the door waiting for sundaes.  In December.  Craziness!  But ohmygodorgasmichotfudgesundae!!

It was NYE, so we figured that sundaes = dinner.  After “dinner” we wandered down to Penn’s Landing for family fireworks at 6PM.

Holy Momma.  Best. Fireworks. Ever.  They were timed!  To music!  With the grande finale set to the William Tell Overture.  Damn, Philly.  You take NYE seriously.  I like that in a city. (They repeat them, BTW, at midnight.)

Then we headed back to the hotel for swimming, snacks, champagne and Dick Clark.  The pool was nice and warm, and they even had a kiddie pool for Pax and a hot tub for moi.  The champagne was good and cold.  The kids conked out before midnight.  And Mike and I managed to stay awake to say hello to 2012.  It was pretty darn perfect, and the start of a new tradition.

The next morning our good juju continued. (Weird, right?  Mike and I NEVER have good juju.)  Our brunch place was fabulous, we accidentally wandered into what is possibly the coolest littlest museum ever, and we got to see mummers. 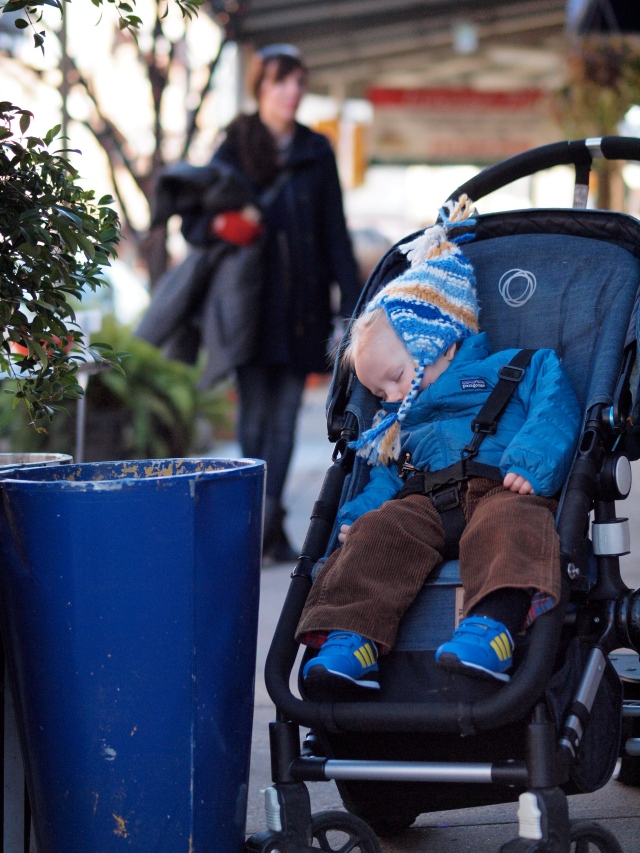 Pax, sleeping through brunch at Sabrina's

This place was ah-mazing.  We were here for over an hour.

Mike, trying to do his thing

Raines tip-toed around chasing bad guys the entire time.  It is truly a place for imaginations to run wild.

Speaking of imaginations running wild…here are some mummers: 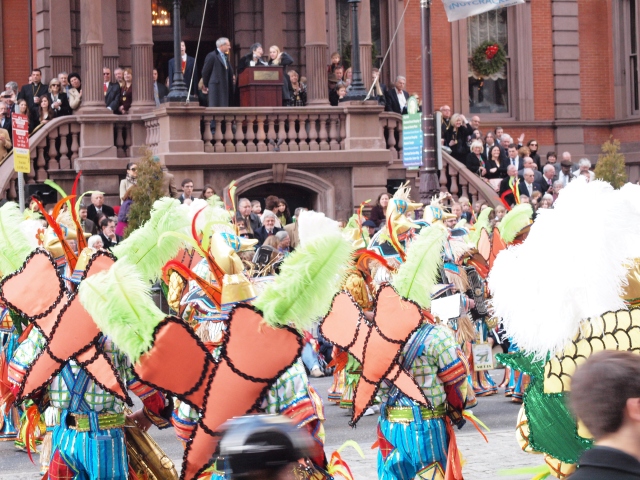 This parade, of mummers, lasts from 10AM on New Year’s Day…to 7PM.  I am not making this up.  From what I can gather, most of the male population of Philly dons dresses and feathers, paint their faces and marches together in these…bands/dance troupes/drill teams.  There’s some sort of competition going on here as well. I have no idea.  But it makes this seem tame in comparison: