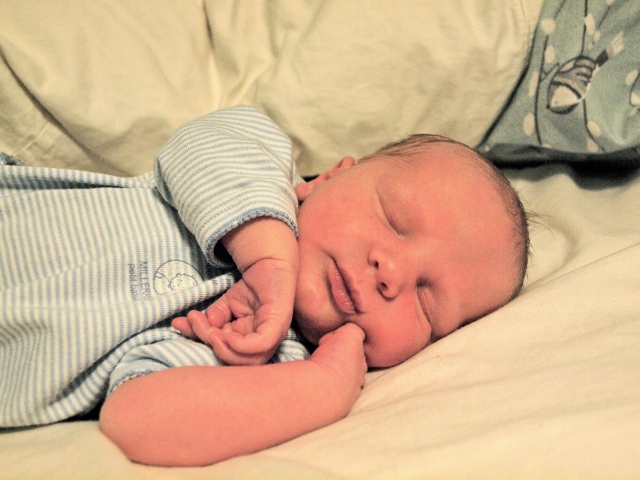 So baby Pax came a few days early.  Our c-section was originally scheduled for Monday, Nov 22nd.  And I really, really wanted to make it to our nice, calm, scheduled c-section.  Calm being the main objective.  Mike and I went to our final doctor’s appointment on Thursday morning.  All was well.  I happened to mention that Pax hadn’t been moving around quite as much…but I had also skipped breakfast, and his heartbeat sounded fine.   Of course, the second I mention movement, Pax kicks so hard that both Dr. M and I feel it.  Figures.  We laugh.  No worries.

After our appointment, Mike and I head to Snooze for a final breakfast-out-before-we-have-two-kids kind of breakfast.  Since it’s Snooze, I stuff myself.  Mike goes to work, I go home and work in the back office.  Emily (R’s nanny) and R play hard all morning, then she puts him down for a nap.  Em gets him down in record time (per usual), then saunters back out and gets ready to go.  Right before leaving, she casually asks if Pax has started moving a bit more.

I, so engrossed in work, hadn’t really noticed.  But the answer is no.   Hmmmmmm…..

Em (thankfully) encourages me to call the doctor before she leaves, “you know,” she says.  “Just in case.”

I call, explain the situation to the nurse, and without hesitation the nurse tells me to come in right away.  Em and I stare at each other.  She offers to wake R up and come with me.  I consider.  But…I think I’m being a little silly.  After all, everything was fine a few hours ago. So in I go.

They hook me up to a heart monitor and a contraction monitor and instruct me to push a little button each time I feel Pax move.  The second the nurse walks out of the room, Pax goes nuts – kicking, stretching, etc.  I go from feeling silly to feeling stupid.  I text Em that all is well, and I’ll be home as soon as I can.  As instructed, I push the the button for a while then stop.  Pax is moving like crazy – clearly, everything is fine.  The nurse and Dr. M come back in and glance at the printouts.  I’m instructed to drink some juice.  Mike calls to check in.  I explain the situation, and reassure him that all is well.

I drink my juice.  Dr. M eventually comes in.  “Well” she says.  “We’re seeing some late deceleration of the heart-rate here, here and…here.  And did you know that you are having some nice contractions?”

I did not.  I am crap at giving birth.  As history shows.

Dr. M continues: “Sometimes this can be an indication that the placenta is at the end of its usefulness, so I think we’re going to move the c-section up to today.”

Dr. M:  “Nurse! Can you bring a wheelchair over?  Yes, please take Shana to Rose.  We’re going to do a c-section.”

I think that’s when I started to cry.  So much for calm.  I wanted to freak out and scream, “I DON’T WANT TO DIE IN AN HOUR!!”  but I settled for tears.  They are marginally less crazy.   In my subconscious I must have known I’d be OK because despite my terror, I was able to dry my tears quickly and ask in a non-crazy lady voice to please NOT wheel me out into the WAITING ROOM where EVERYONE COULD SEE ME.  Thankfully, there was a back exit.  Sheesh.

Did I mention I couldn’t get a hold of Mike?  Emily finally did.  Not wanting to break the news to Mike, she gently encouraged him to call me.  Mike’s response?  “Oh yeah – we just talked a few minutes ago.  Everything’s fine.”

Really, Mike?  I STRONGLY ENCOURAGE YOU TO CALL AGAIN.  He finally got the message and called. Luckily, he hadn’t driven all the way up to Boulder, and was just working in a coffee shop a mile away.  Otherwise, it would’ve taken him longer than my “last hour on earth” to get to Rose…and I would’ve FREAKED the F OUT.

Once at Rose, Dr. M’s insanely cheerful resident talked through the procedure.  “Yup!  If there’s any sign of bleeding we’ll do a hysterectomy!  It’ll take several hours and we’ll probably put you under!!  Boy, let’s also hope the baby’s heart-rate stabilizes!  Otherwise, we’re going to have to speed up this c-section!! Can we do a c-section sooner than in an hour?  You bet!! We just DO IT!!  You know?”

My hero anesthesiologist (from R’s delivery) had just gotten off of call…so clearly not the best choice, even if he was still around.  The other guy looked suspiciously young to me, but it was hard to see clearly through all of the tears.  Joking aside, I’ve never been so terrified.

Dr. M was right.  In about an hour, I was lying on the table, under the bright lights, totally numb while they started the procedure.  It was completely surreal.  Luckily, it was also completely different.  Dr. M narrated the whole procedure for me, as she promised, and I asked for a “bleeding report” roughly every 5 minutes.  It turns out that I actually bled less than average with this c-section.  Go figure.  And Dr. M was crazy-fast.  In roughly 40 minutes, Humpty Dumpty was put back together again, with a healthy baby, and being rolled into the recovery room (which I didn’t know existed – we didn’t make it that far the first time!).

In the recovery room, they checked for bleeding every 10-15 minutes….but all was well.  They handed me Pax and suggested I try nursing.  He latched and we nursed.  Mike and I stared at each other.  Really?  This was it?  Is this what it’s like for most people?  It almost felt…too easy.  I was waiting for the other shoe to drop.

I continued on high-alert, waiting for something to go wrong until the next morning, and barely slept a wink all night. When the nurse came in to give me more meds at 6:00AM, I was ready to walk.  I knew that my risk of postpartum hemorrhage was now very low…but I wasn’t ready to celebrate until I could walk without it happening.  We walked.  Yes, it sucked.  I hurt…but it was nothing compared to the last time.  Nothing.  And still no hemorrhage.   Finally…I was starting to relax, and now starting to get excited.

By the next day, Mike and I were ready to go home.  It also helps when you’ve done this whole thing before…even if the first time is really, really horrible.  Perhaps because the first time was so bad, this one seemed even easier.  Mike got a few impressed looks from the nurses as he swaddled, changed, and helped Pax latch on for nursing.  (The first time, I was so out of it that the lactation consultants showed Mike how to do everything, including work the breast pump and latching techniques, LOL).

But it was a little bittersweet.  This whole experience was so different, and I saw, so clearly, how much I missed out on with R.  Some of it is silly stuff (I didn’t know that newborn poop is black, for example)…but some of it is really tender.  Pax and I got better at nursing together, and very quickly.  And it killed me, thinking of R stuck in the nursery for those first few days.  Did anyone pick him up when he cried?  Did he have to compete for attention with a million other babies?  And now….my little R was having a hard time with us gone for two nights.  Such a hard time, in fact, that the previous night he awoke in a dream-state, and thought Emily was me.  “I’m SO glad you’re home, Mum” he said, stroking her cheek.  “It OK – Dad be home soon, too.”  Hearing this story from Em, my heart broke.  It was time to go home. 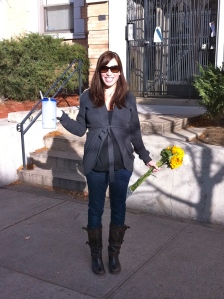 After R's birth - this pic is brutal. You can still see the scars on my chest.

Now...just so happy to be home with both of my boys

This entry was posted in Pax's First Year, Pregnancy. Bookmark the permalink.